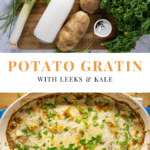 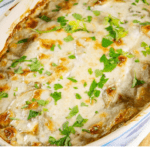 I love potatoes. All varieties, all the ways to eat them, they’re versatile and delicious! But, one of my all time favorite ways to have potatoes is in a super creamy scalloped potato dish. Cooked until tender in cream and salt, this creamy potato bake is a highlight of the meal whenever I make it. This particular version was first inspired by a popular Irish potato dish colcannon around St. Patrick’s day, but now we enjoy it all year, especially during the holiday season (Thanksgiving side dish winner here guys!). Colcannon is typically a mashed potato dish with kale or cabbage and onion or leek, I thought I’d mix it up a bit throw the flavors in a layered potato bake instead.

Let me shoot straight with you guys, whatever the original difference is between scalloped potatoes and potato gratin, or potatoes cooked au gratin, it barely exists anymore.

You can literally find twenty different resources claiming they have the difference defined for you..and they often contradict.

So…yea BIG difference right? No, not really. Here’s the deal, I learned the technique for this dish from a cookbook called Think like a Chef by Tom Colicchio. If you haven’t heard of him, he’s a reputable resource trust me. HE called it potato gratin, no cheese, no breadcrumbs. I’ve always called these kind of potatoes scalloped potatoes.

Fun fact, you can cook almost any vegetable ‘au gratin’. It’s a cooking technique consisting of thinly sliced layered vegetables with cream, breadcrumbs, or cheese (or all of them) and baked until browned on top.

The Ingredients for Creamy SCalloped Potatoes

Since this was inspired by colcannon, I thought I’d keep the ingredient list fairly similar and simple to that style of mashed potato. You’ll need potatoes, kale, leeks, butter, heavy cream, salt and pepper. That’s really it.

Unless you’re going to be a stickler about the breadcrumbs/cheese thing, then you’ll need those too. 😉

How to MAke Scalloped Potatoes in Cream

Once you get everything prepped this dish takes about an hour to get on the table. This is a big creamy potato bake, easily serving a group of 6 to 8, possibly more! You can also half it easily if you’d like. It’s definitely a dish you can make ahead, and then pop in the oven the next day to serve.

Before you get cooking, clean, chop and measure all your ingredients.

Bonus tip: To wash leeks most easily, slice first then add to a bowl and fill with water. Gently swish, the dirt will sink to the bottom. Then scoop leeks from the top of the water (they float), and discard the water. Using a salad spinner is the easiest way to rid both the leeks and the kale of excess water.

How do you reheat scalloped potatoes?

To reheat simple place in a 350°F oven for about 20 minutes.

Can I freeze scalloped potatoes?

Generally I don’t recommend freezing cream based dishes, the cream tends to separate when thawed and while safe to eat, looks rather unpleasant. If you’d like to, freeze, well covered, for up to three months then allow to thaw in fridge before reheating as directed above.

How do scalloped potatoes thicken?

The use of high fat cream, like heavy cream, is the key to a thickened final dish. As it reduces in the pot before baking it will get really thick and then as it bakes it will thicken further to a dense sauce.

Can I use non-dairy milk or lower fat milk?

Because the thickening needed I do not recommend simply substituting a low fat, or non-dairy milk. Instead, try this Vegan Scalloped Potatoes from Nora Cooks, designed for those types of milks.

Why did my scalloped potatoes curdle?

A common cause of a curdled dairy based sauce is too high of a heat. Using heavy cream, due to the high fat content, in this recipe should prevent that. Avoid the highest setting on your burners, and the temptation to crank the oven up for quicker cooking.

Here are a few delicious mains from my fellow awesome bloggers to serve with your creamy potatoes..

If you’re looking for a side or two to add to the table, check these out!

Whatever you choose to serve this with and whoever you decide to share this, you’ll be more than happy! I sincerely hope you enjoy this recipe, until next time, Happy Eating! 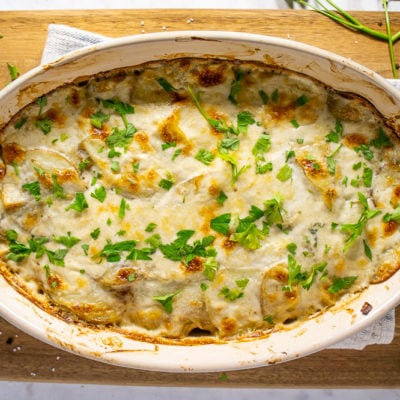 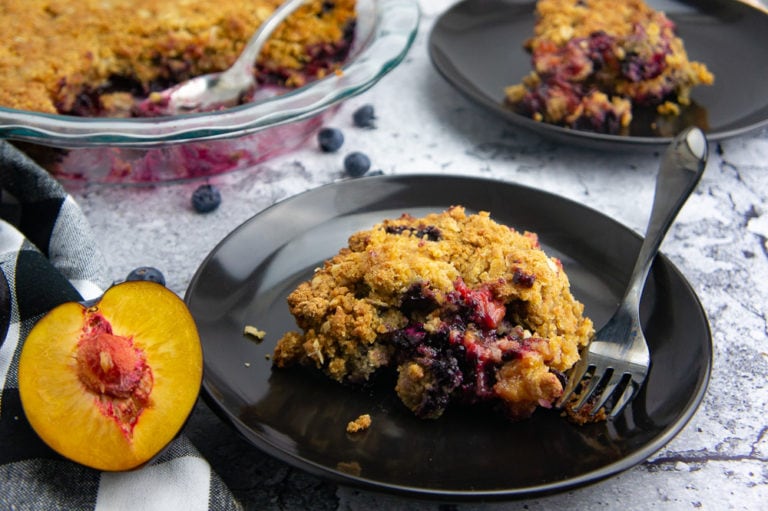 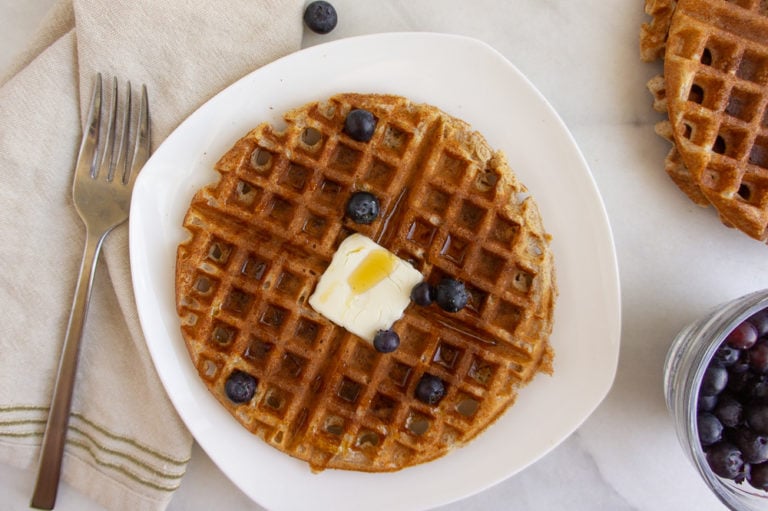 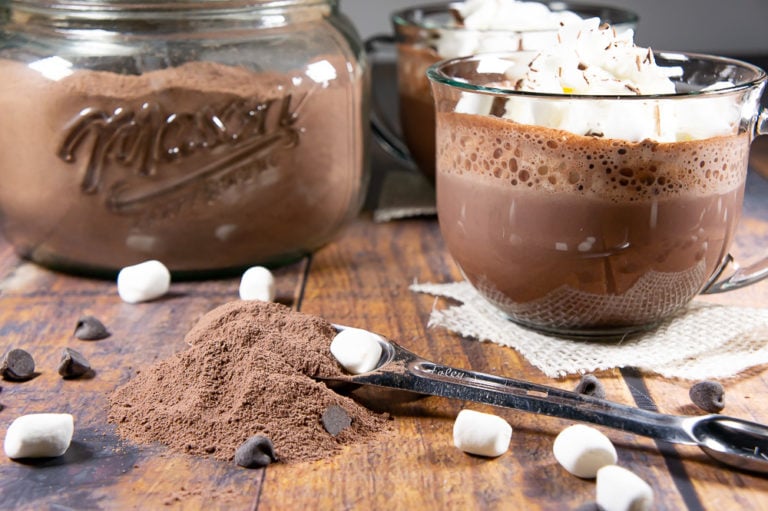 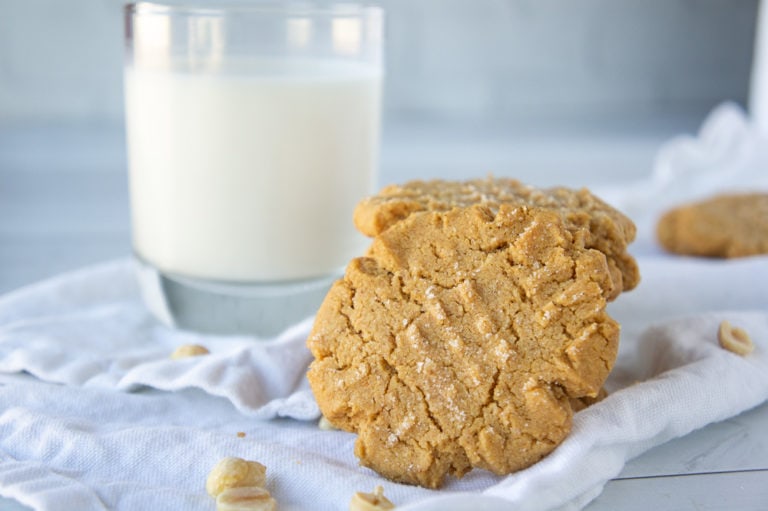 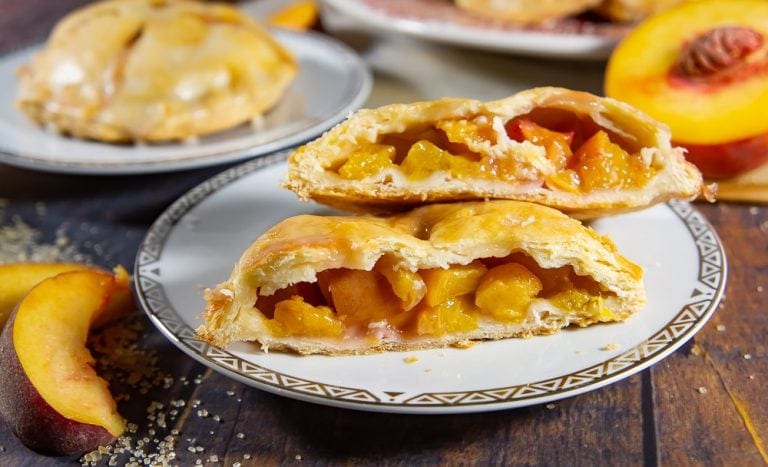 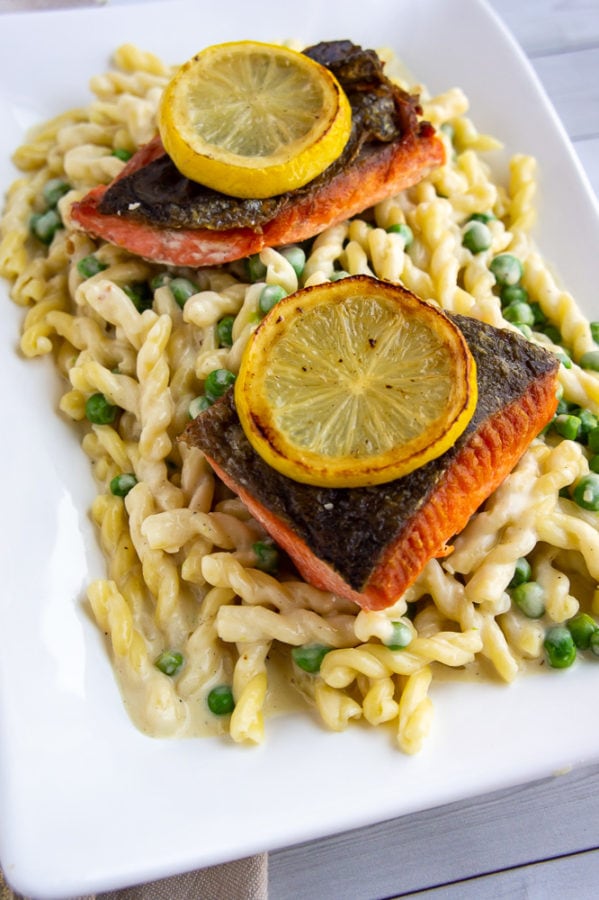 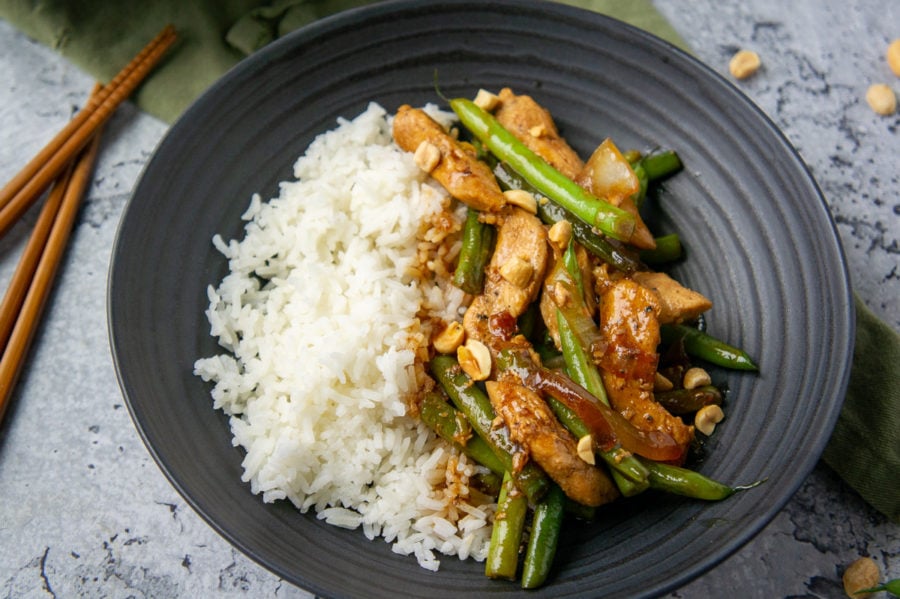 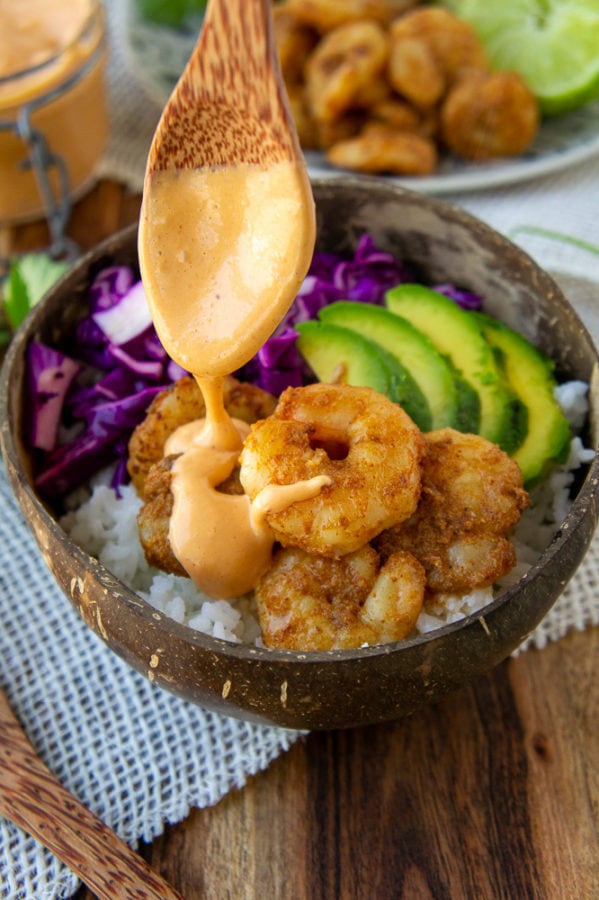 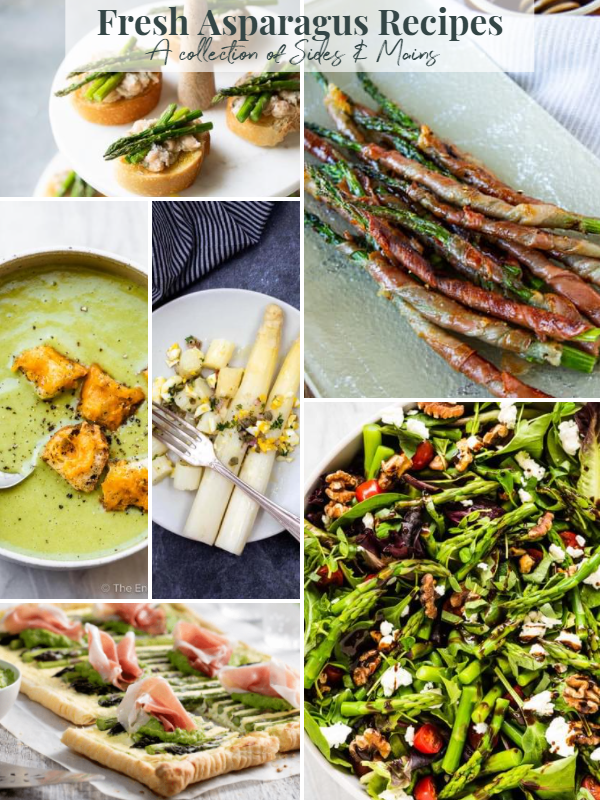 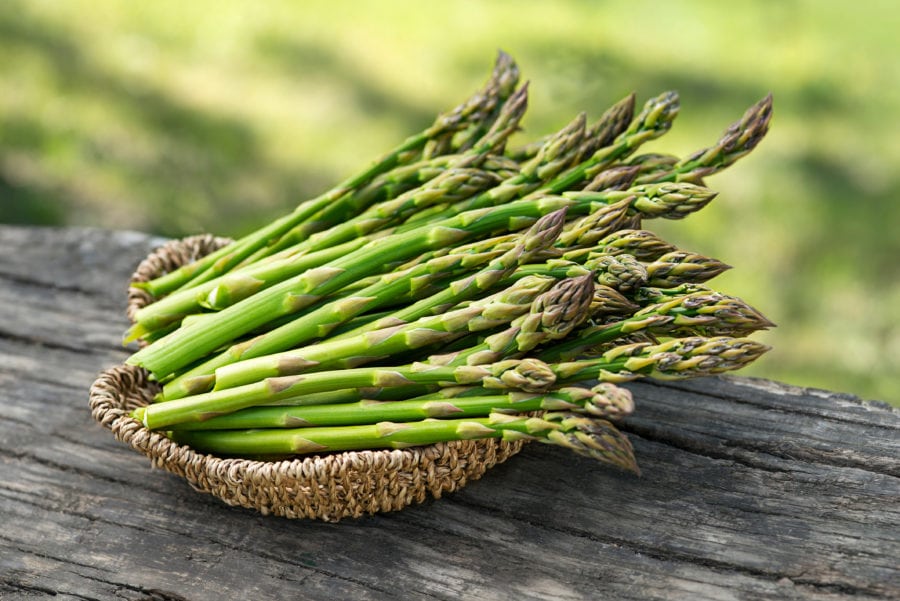 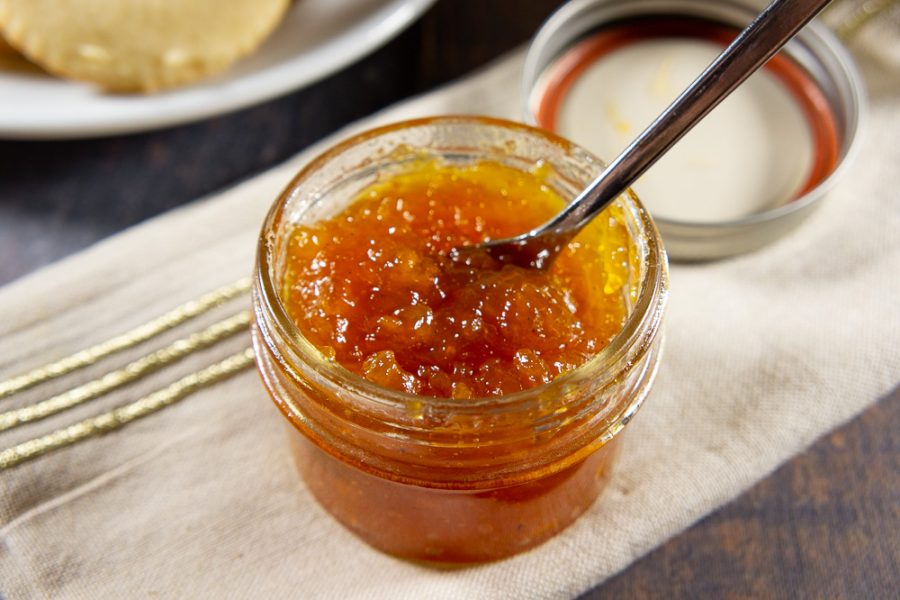 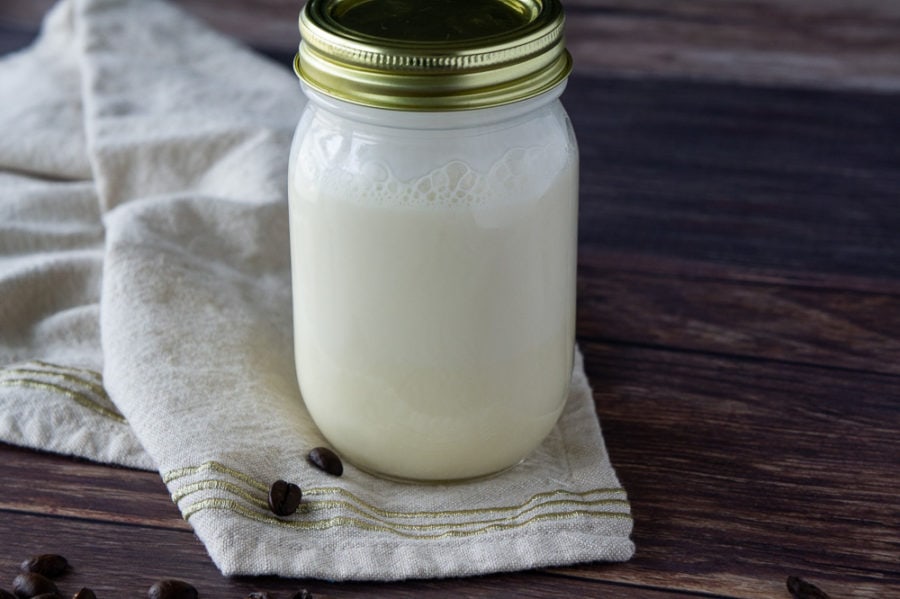 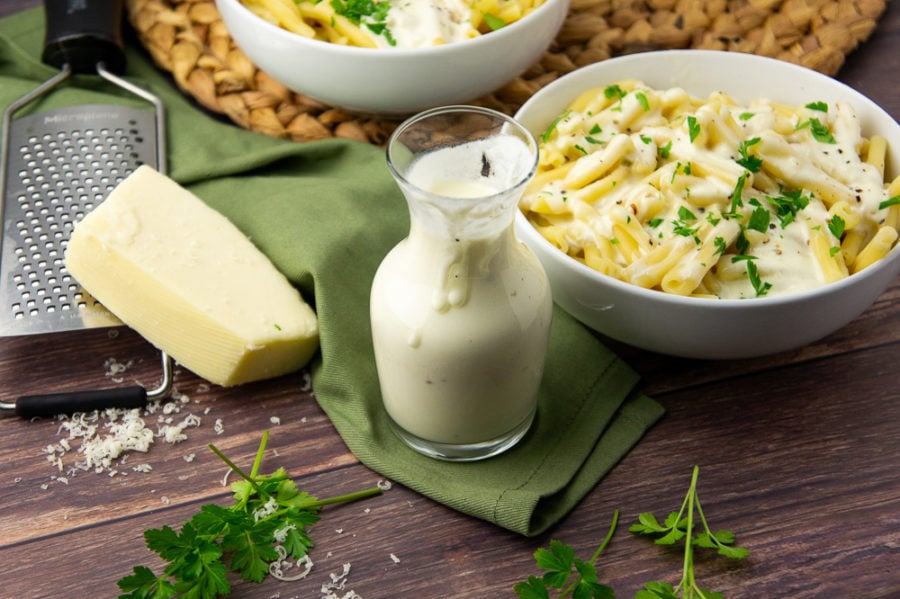 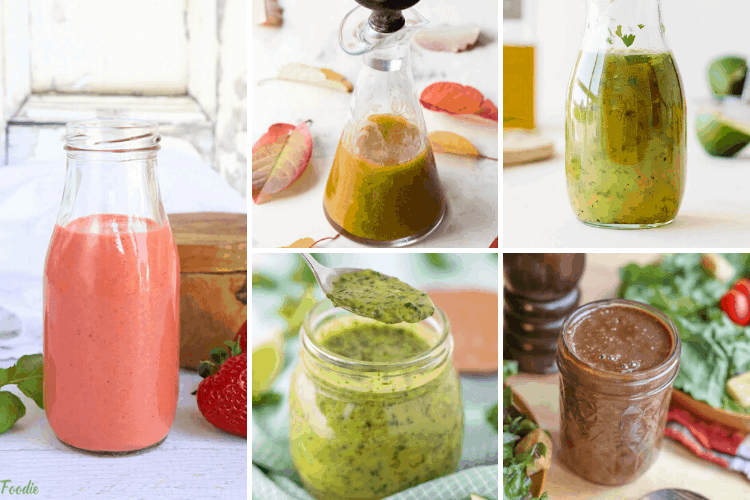 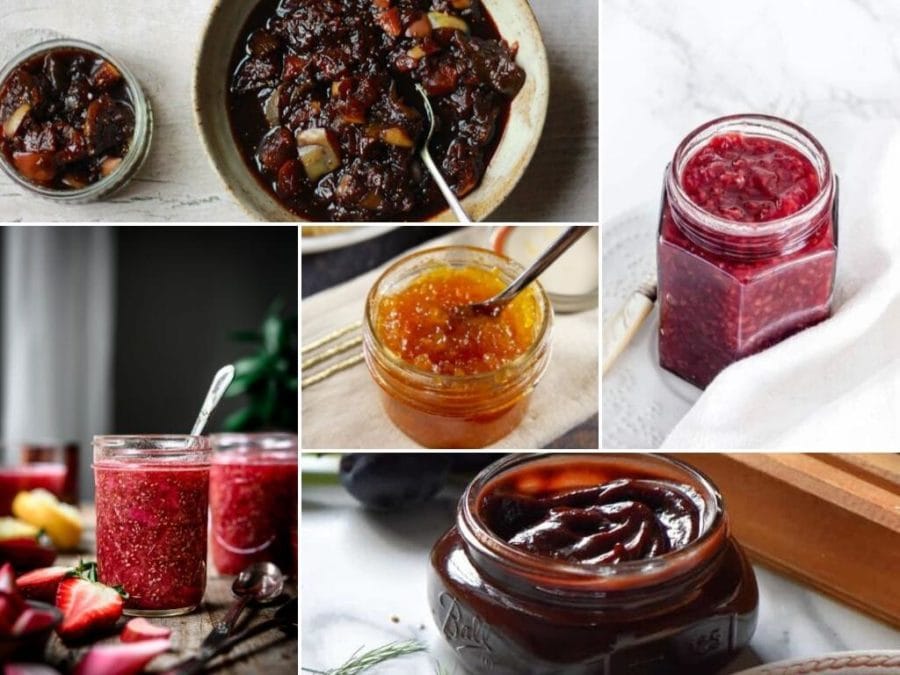